Our little chicks are growing like weeds.  We moved them out of the bathroom and into the shed.  I miss playing with them all day but chickens are definitely not house animals.  They are loud, poop a lot, and make chicken dust.  Really, I've never seen a tiny animal make so much dust!  We are working on waterproofing their coop so when it's warm enough they can move right into it. 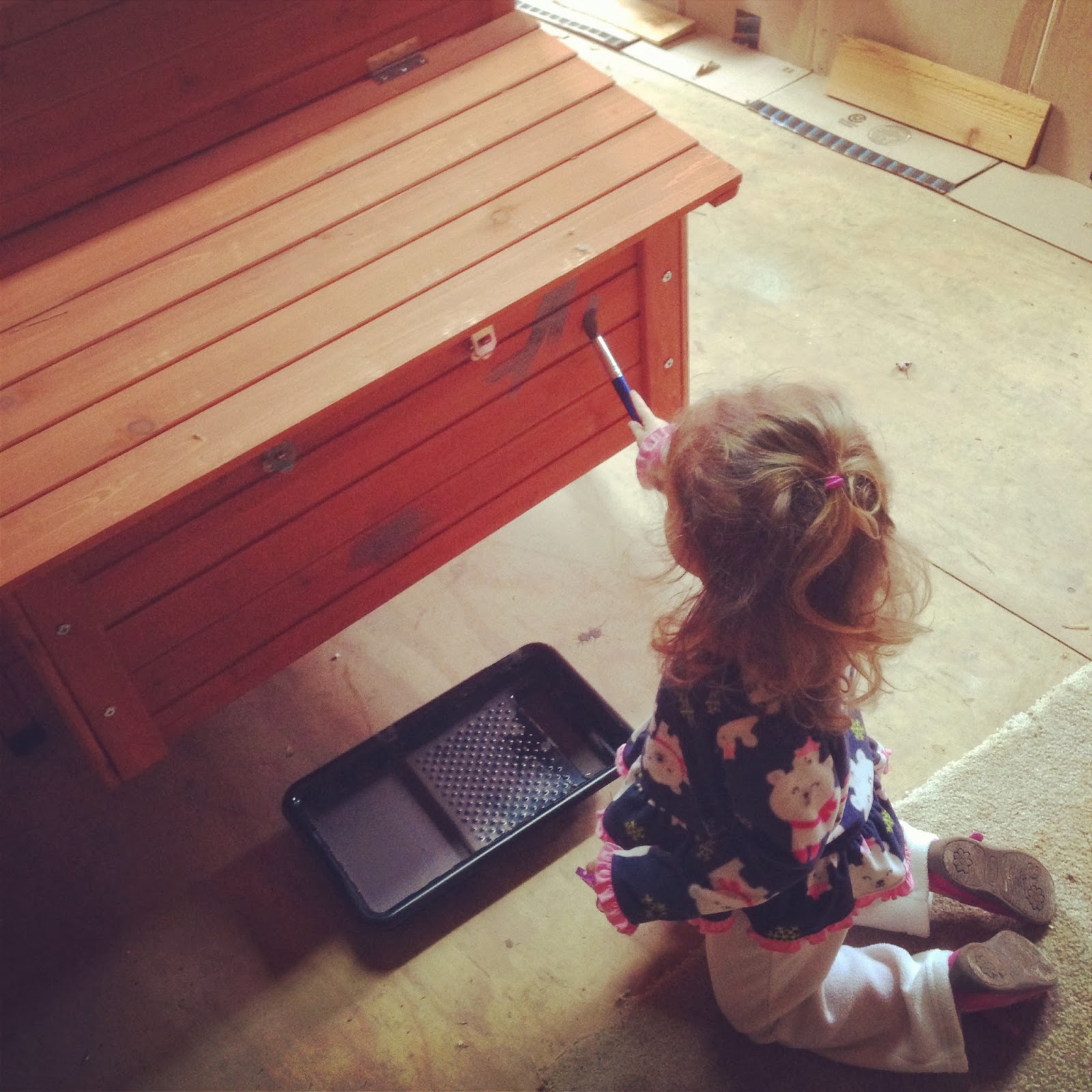 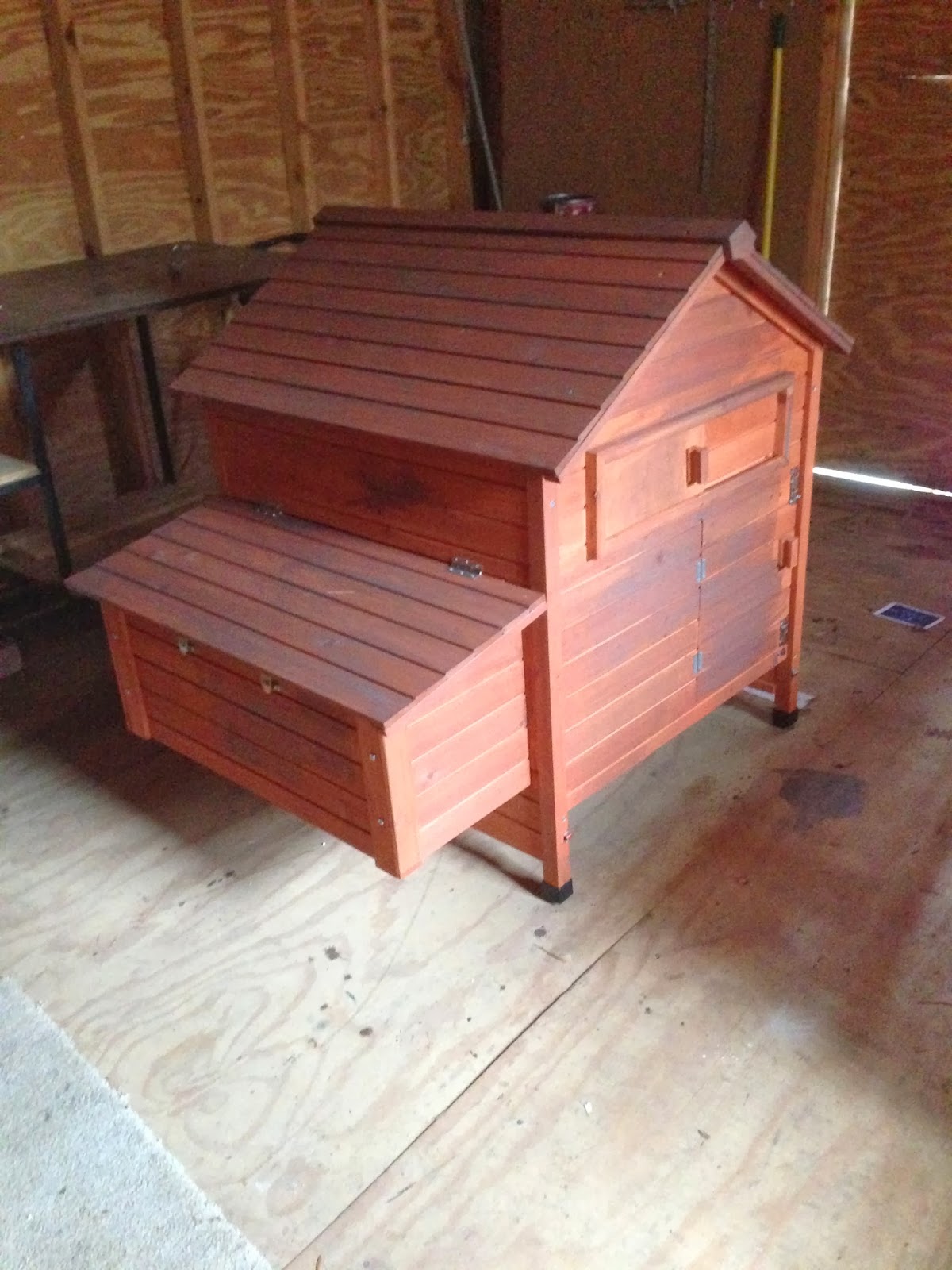 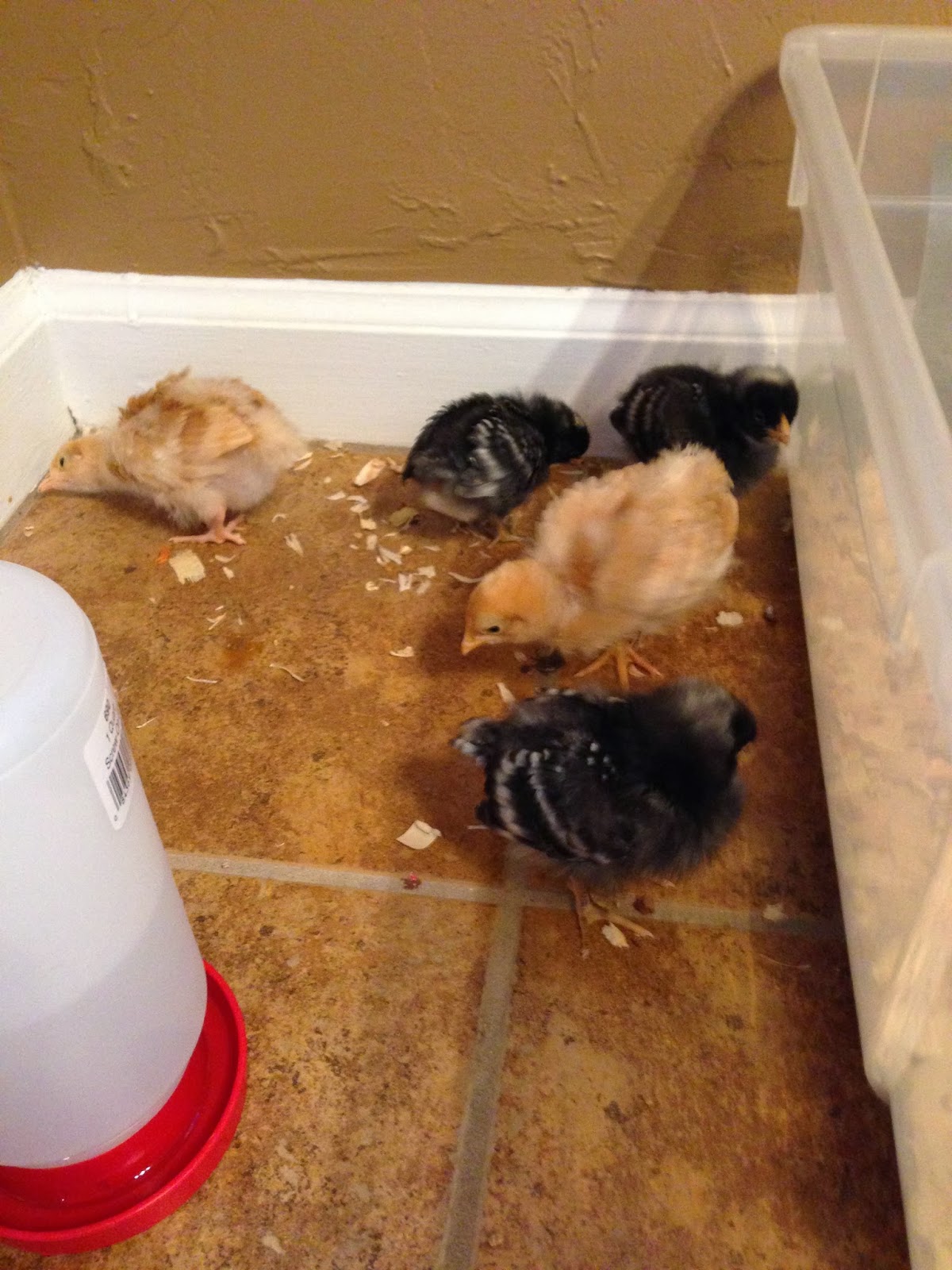 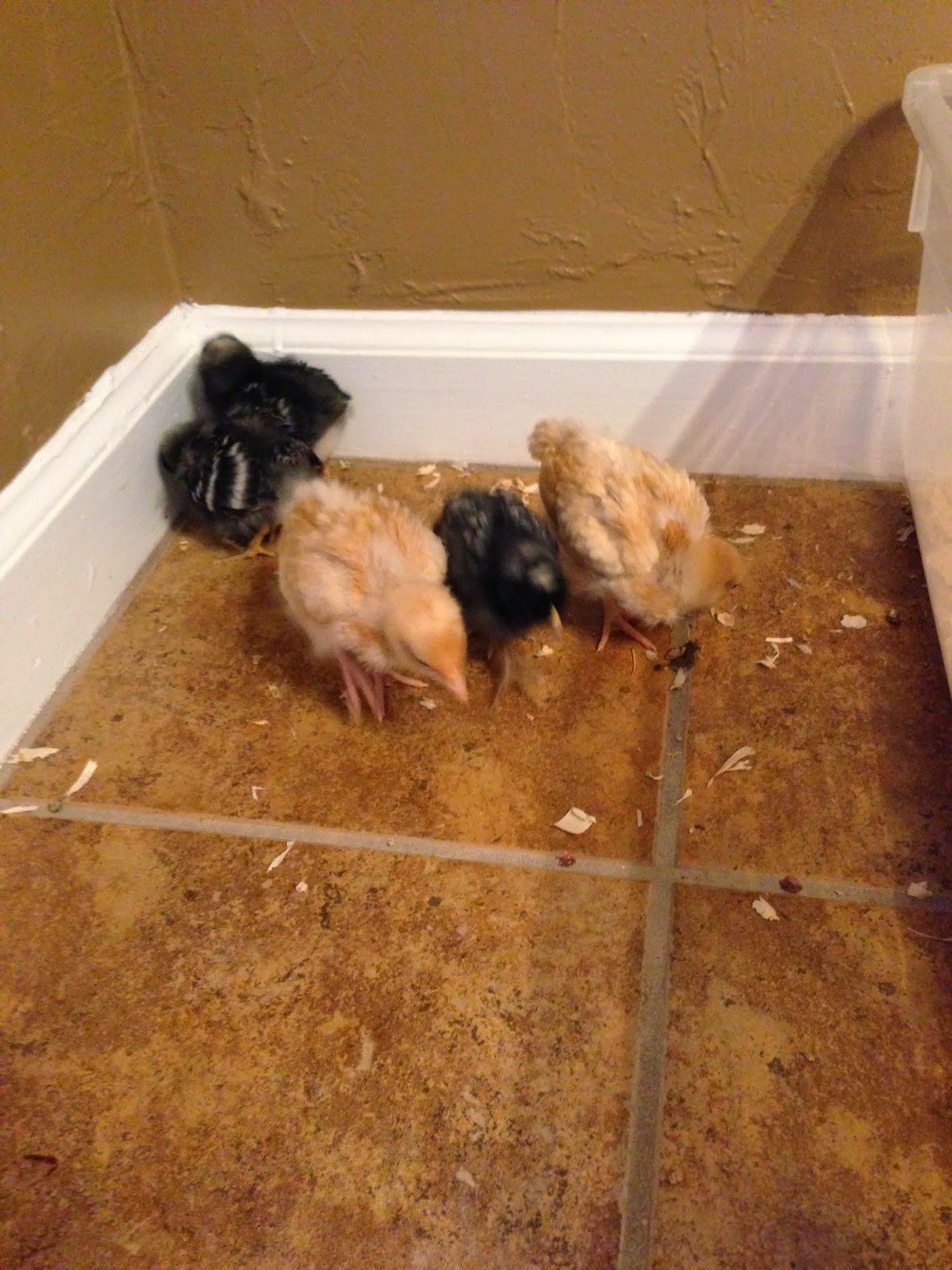 We still don't know if we have hens or roosters but won't be long now and we'll be able to tell.  Their starting to lose their chick down and get their real feathers in. 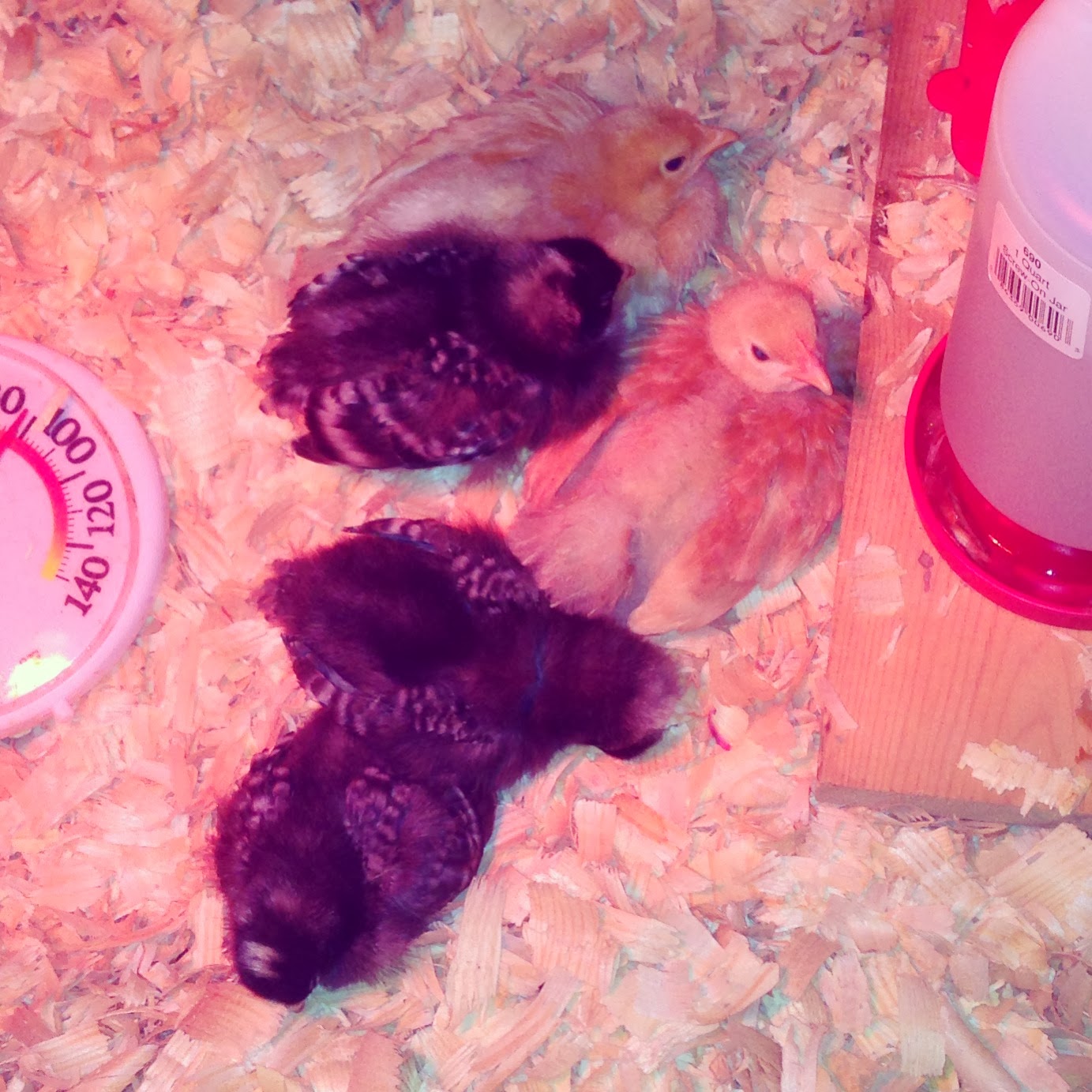 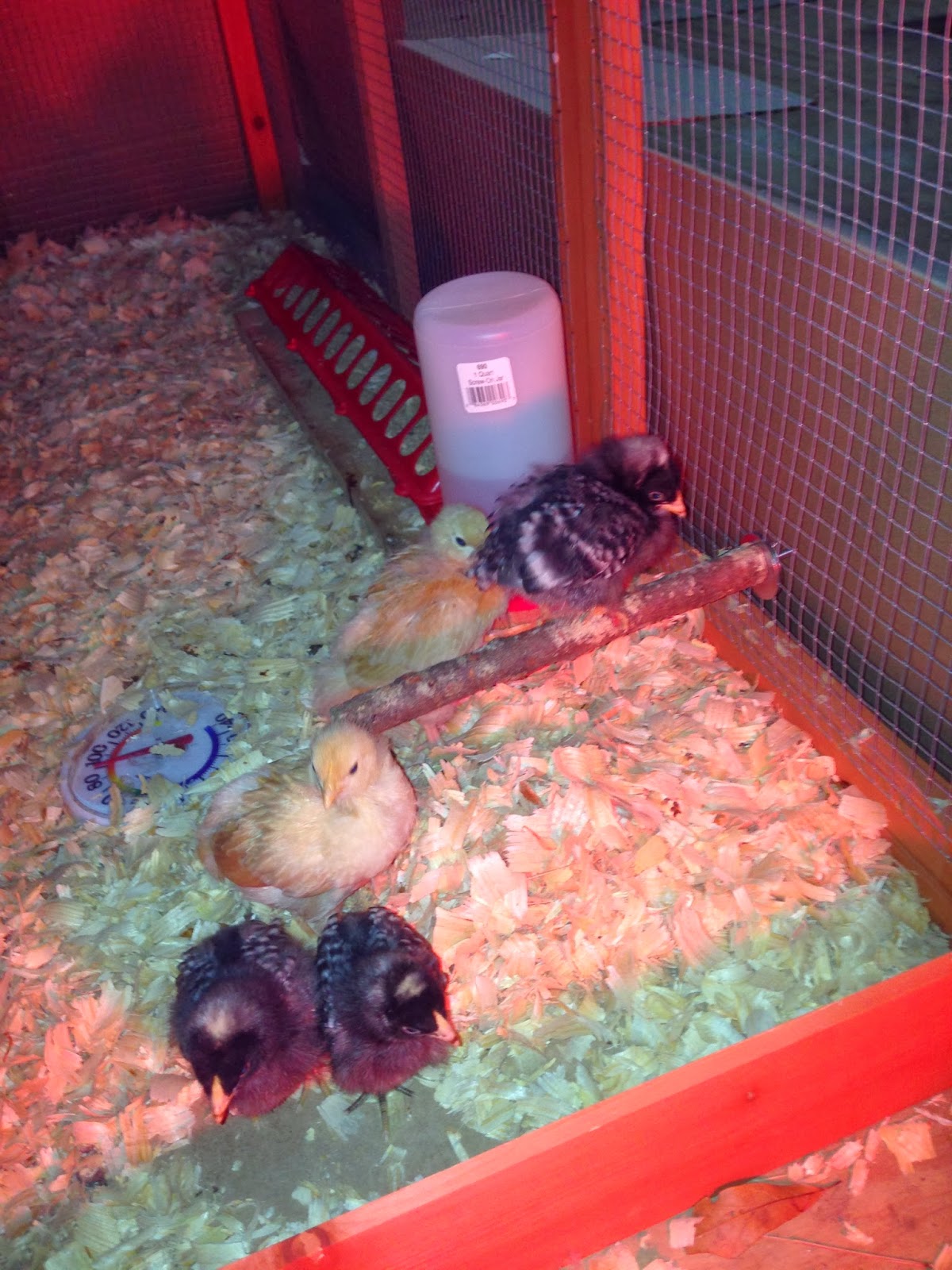 The kids still love them just as much as the first day we brought them home.  They love to go out and check on their chicks.  One of the little black and white chicks is so in love with Drew.  I hope it's a girl so we can keep her.  Every time she hears Drew's voice she peeps and peeps and hops right over to the edge of the pen so he can pick her up.  She is just the cuddliest, loviest little chick I've ever seen. 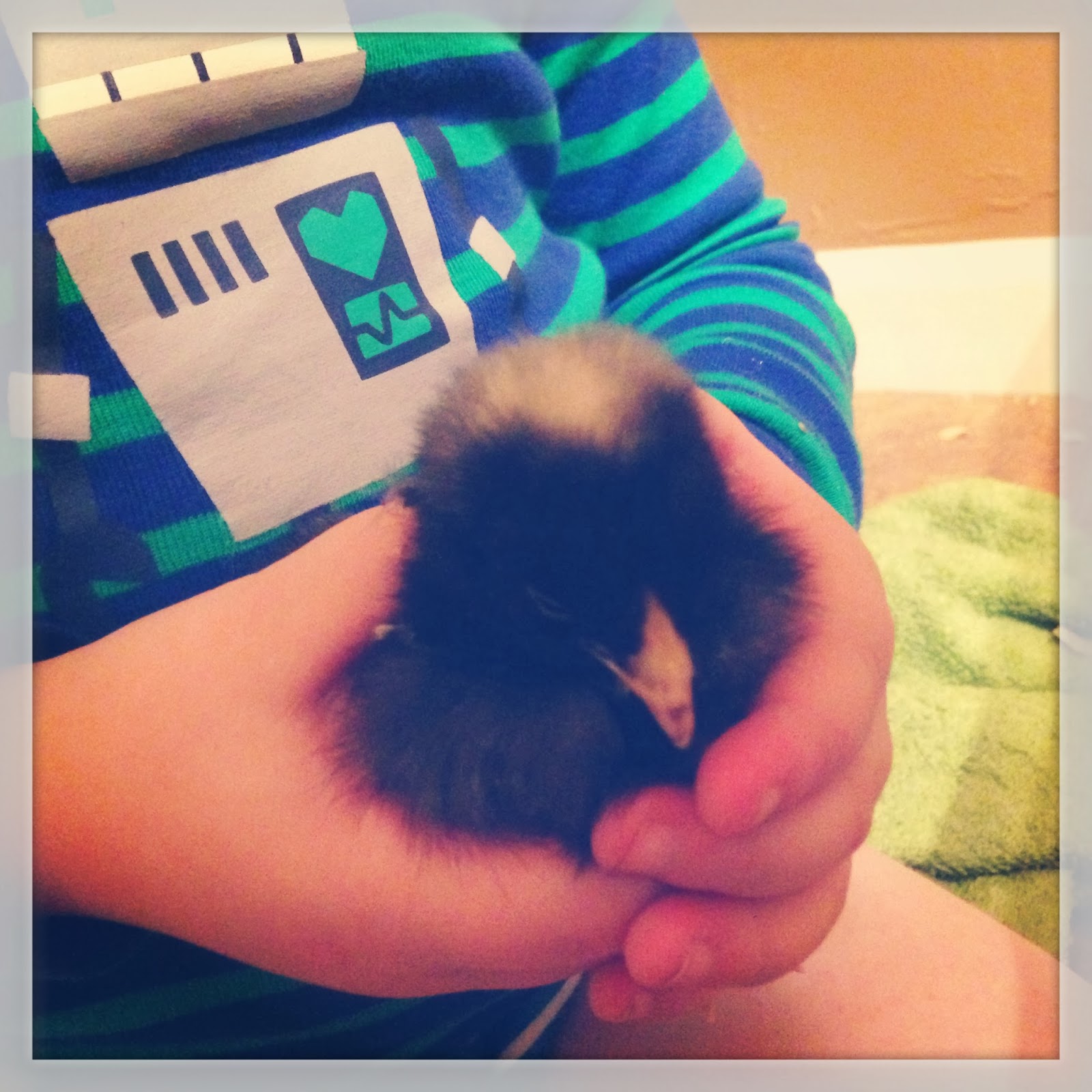 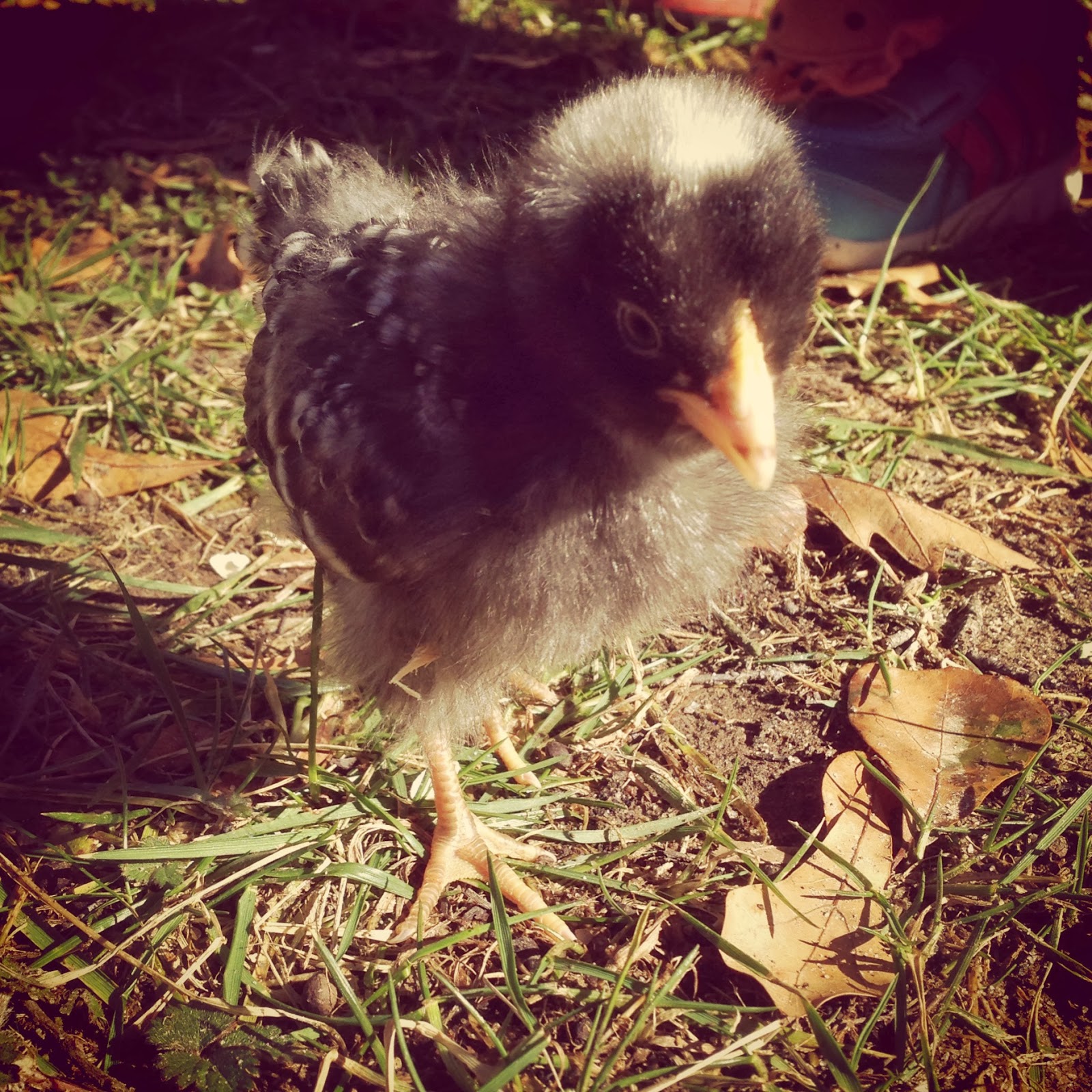 It won't be long and we'll get to let them play in the yard.  I can't wait until spring so they can be outside eating bugs and digging in the dirt.  The other day it was almost 60 degrees out so we let this little one test out the grass.  she peeped and peeped the whole time she was outside.

Here's a little video…let's see if this works: It's just a little 15 second clip I had put up on Instagram but you can hear their sweet little peeps.

Alyssa
NC, United States
I am a stay at home mom living in the South East United States. I am figuring out my new country life and helping my kids find the magic of childhood.